by Flo
in Travel
0 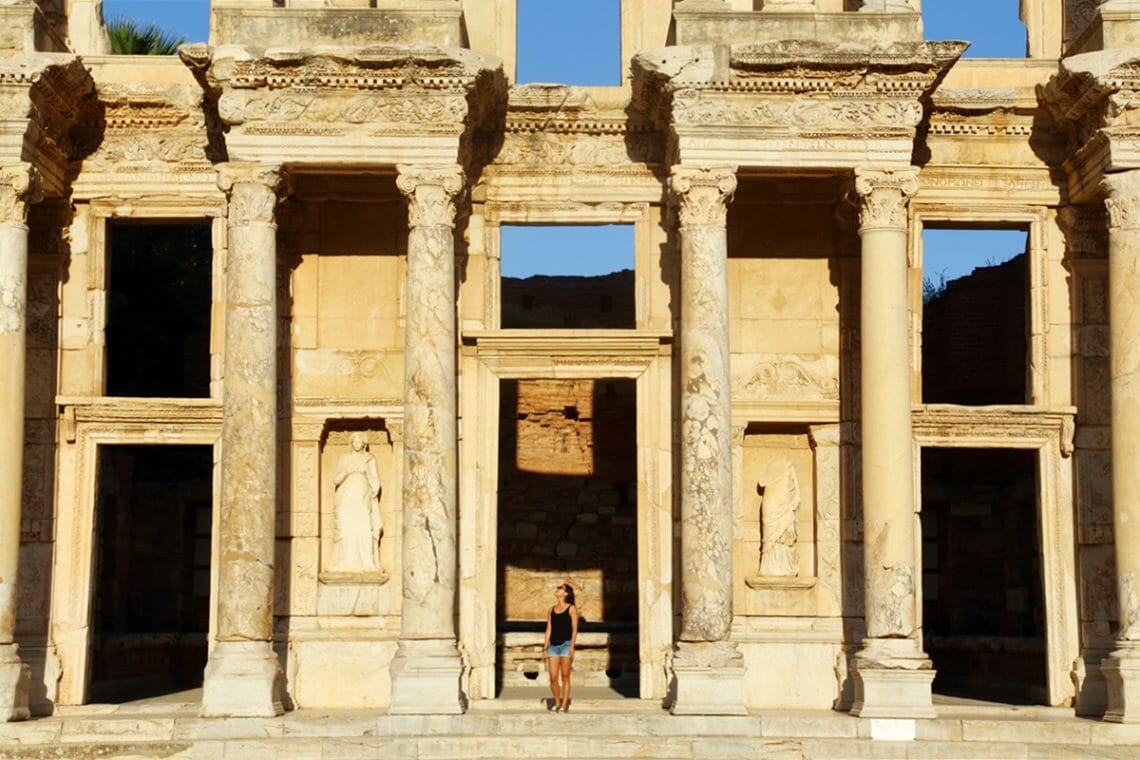 The ancient Greek (and later, Roman) city of Ephesus in Turkey is home to some of the most wondrous ruins in the world including the Library of Celsus and the Great Theatre. Its location by the harbour meant that it was an important port city and a hub for trade and commerce.

Ephesus became a UNESCO World Heritage Site in 2015 as “an exceptional testimony to the cultural traditions of the Hellenistic, Roman Imperial and early Christian periods as reflected in the monuments in the centre of the Ancient City and Ayasuluk. The cultural traditions of the Roman Imperial period are reflected in the outstanding representative buildings of the city centre including the Celsus Library, Hadrian’s Temple, the Serapeion and Terrace House 2, with its wall paintings, mosaics and marble panelling showing the style of living of the upper levels of society at that time.” All just a fancy way of saying that it is an incredibly well-preserved landmark showcasing the unique architecture and design elements of an ancient city.

Today, the ancient city of Ephesus is one of the most popular tourist attractions in Turkey and a must-visit landmark to add to your Turkey itinerary. Want to explore Ephesus in 1 day? Read on for what to see in Ephesus, how to get around and where to stay!

How to get to Ephesus

Izmir to Ephesus: Present day Ephesus is located in Selçuk, a city 1 hour away by car from Izmir. The easiest way to get to Ephesus is by flying into Izmir Adnan Menderes Airport (airport code: ADB) and renting a car to drive to Selcuk. We rented a Hyundai i20 car from Alamo and they were extremely helpful – it cost us only US$110/100 Euros for 8 days and tolls are virtually non-existent in Turkey.

Alaçatı to Ephesus: Alaçatı is a small seaside town about 45 minutes away from Izmir, or 2 hours away from Ephesus. It is an extremely cool and sophisticated town, and offers a plethora of boutique hotels and trendy restaurants. If you don’t want to stay in Selcuk or Izmir then Alaçatı is another option – a day trip from Alaçatı to Ephesus can easily be done if you have access to a rental car.

It’s not possible to do a day trip to Ephesus from Istanbul, the drive alone would take you nearly 14 hours both ways. I recommend either 1 night in Selcuk or 1 night in Izmir – you don’t need more than 1 full day and night in Selcuk as there isn’t a ton to see and do beyond the ancient ruins and archaeological museum.

Visiting Izmir? You might also want to head to Pamukkale, Turkey’s “cotton castle”. Head on over here to read more about how to visit Pamukkale and what to be aware of before your trip.

Click here for more Turkey travel tips and guides or you can read more on travel mistakes to avoid making in Turkey here!

Where to stay in Ephesus

If you’re staying overnight in Selcuk, I recommend Akanthus Hotel Ephesus, just minutes away from the ancient ruins. It is a beautiful and cosy boutique hotel with elegant, country chic decor. The owner is incredibly welcoming and the staff are very helpful and warm.

The rooms are spacious and the wifi was fantastic, and don’t get me started on the amazing breakfast spread – lots of fresh produce, great coffee and the best scrambled eggs. I can’t recommend Akanthus enough – it looks even better than the photos if that’s possible!

The hotel also has a pool for those extra warm days and free street parking outside. Click here to check current rates at Akanthus Hotel Ephesus or click here to see other highly rated options in Selcuk. Prefer to stay overnight in Izmir instead? Here are some popular hotels in Izmir.

Important information about hotel booking in Turkey: You can not book hotels in Turkey using Booking.com when you are already in Turkey, as it has been blocked by the Turkish government (so has Wikipedia, for that matter, and they’re looking to extend the ban to other websites including AirBnB and Expedia). Instead, make sure you book hotels for your stay in Turkey before your trip, or use Hotels.com or HotelsCombined for any last-minute hotel bookings that you need to make when you are already in the country.

What to see in Ephesus

You should set aside a few hours to wander through the ruins of Ephesus. Here are some of the top attractions in Ephesus that you won’t want to miss, and some essential tips to make your visit as smooth and fuss-free as possible.

Start at the Ephesus ruins

In the past, the Ephesus ruins had seasonal operating hours: open at 8 AM and close at 7 PM from April 15th to October 2nd or 5:30 PM from October 3rd to April 14th. We arrived at 8 AM in September and we were the only people at the Library of Celsus for a good 30-40 minutes. The large tour groups tend to arrive around 9 AM, so I recommend getting an early start!

There are two entrances to the ruins – the North Gate, which is the lower gate (“Hercules Gate” on Google Maps), or the South Gate, which is the upper gate. Many people recommend taking the upper south gate as you can walk downhill, but this is the entrance that most of the big tour groups take, and the “uphill” walk is extremely mellow. It’s more like a gentle slope. I recommend going to the lower north gate as there is plenty of parking.

Tickets for the Ephesus Archaeological Site currently cost 150 TL per person, and entrance into the Terrace Houses costs extra. Alternatively, simply use your Museum Pass (Aegean or Turkey) to skip-the-line and enter through the turnstiles.

Once you enter through the lower gate, head straight to the Library of Celsus (you can double back and see the rest later) before other people start arriving. The towering Library of Celsus is an ancient Roman building built in 117 AD to honour Gaius Julius Celsus Polemaeanus, a Roman senator. The library was built to store 12,000 scrolls and was one of the largest libraries in ancient times.

The library sustained significant damage from earthquakes and fires, and only the facade remains following repairs by archaeologists in the 1970s. It is every bit as amazing as it looks in photos, and I recommend walking under the columns to view the intricate carvings and designs.

Next, head up to the Terrace Houses, cascading residential houses with beautifully preserved and restored murals and frescoes. There, you can see the painstaking work that archaeologists have done to put broken mosaic tiles back together.

Stop at Hadrian’s Gate and the Temple of Hadrian, a temple with beautiful columns and a striking stone arch, before making your way up to the Odeon, a small theatre that could hold 1500 spectators.

Double back and stop quickly at the Brothel before heading to the massive Antique Theatre. Once capable of holding 25,000 spectators, the amphitheatre is one of the most spectacular structures in ancient Ephesus. The theatre was used for performances as well as meetings and gladiator fights.

Finally, check out the Theatre Gymnasium which was used to training and bathing. You should plan to spend 90 minutes to 2 hours at the ancient Ephesus ruins.

Make sure you also visit the Ephesus Archaeological Museum, 5 minutes by car from the ruins. The museum houses an impressive collection of artifacts excavated from the ruins after 1923. Unfortunately, the treasures excavated prior to this were transported to London and Vienna.

Don’t miss the unique statues of Cybele and the finds from the Temple of Artemis. Entry costs 40 TL and is covered by your Museum Pass. You will also be charged around 10 TL for parking (cash only).

See what remains of the Temple of Artemis

The Temple of Artemis is a stone’s throw from the museum, and was one of the Seven Wonders of the Ancient World. The temple was completed around 550 BC but little survived after it was demolished by fires and earthquakes – one lone column remains standing. There is no entry fee for the Temple of Artemis.

These are the main attractions in Ephesus/Selcuk, but if you have more time you might also want to visit the House of Virgin Mary and Basilica of St. John. Ephesus is an incredible, unmissable place to visit in Turkey, and the good news is that while there is a boatload to see, it can easily be seen in a few hours’ time.

Ready to book your trip to Ephesus? Click here to check current rates at Akanthus Hotel Ephesus or click here to see other highly rated options in Selcuk. Prefer to stay overnight in Izmir instead? Here are some popular hotels in Izmir.

This article contains affiliate links. If you choose to book using these links, I will earn a small commission at no extra cost to you. Thank you for supporting my website by using these links!

10 Mind-Blowing Things to Do in Cappadocia, Turkey (Because There’s More to the Region Than Hot Air Balloons!)

Visiting Vang Vieng in Laos: Should You Go to Blue Lagoon 1, 2 or 3? 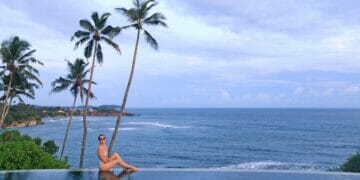 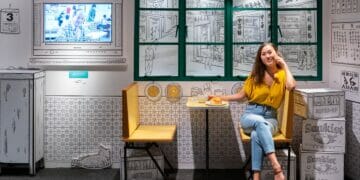 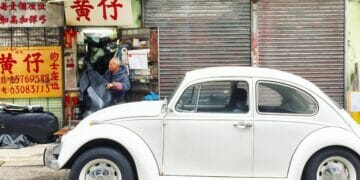 Visiting Vang Vieng in Laos: Should You Go to Blue Lagoon 1, 2 or 3?

Turkey's Turquoise Coast: 11 Unmissable Things to Do in Fethiye