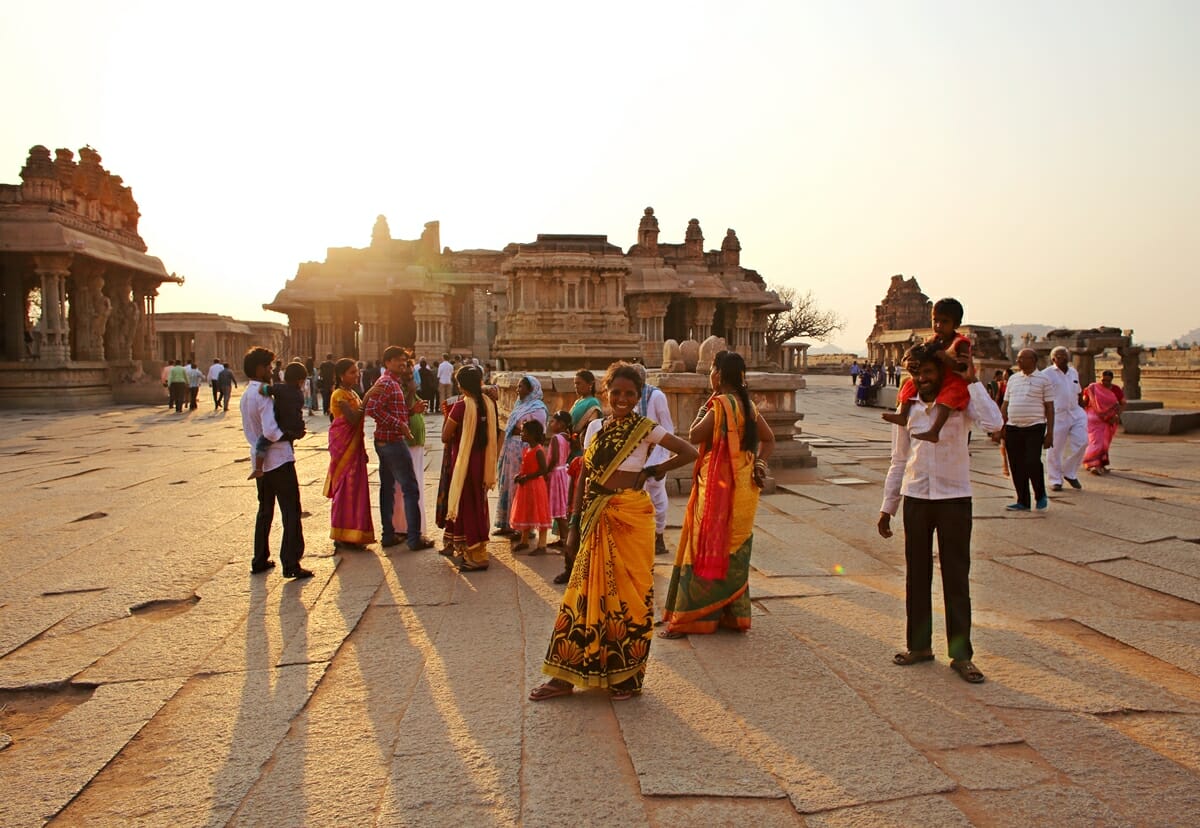 Once the capital of a flourishing civilization, Hampi is home to dozens of ancient ruins. Read on for incredible places to see in Hampi!

Hampi is widely considered to be the largest open-air museum in the world and was the capital of the flourishing Vijayanagara Empire. It is one of the most popular holiday destinations in South India as it is also a UNESCO World Heritage Site, and is a jewel in the crown of Karnataka state’s many tourist attractions.

The ruins of Hampi are spread over approximately 4100 hectares and features forts, temples, stables, shrines, and more. In fact, the Golden Chariot luxury train is named after the stone Golden Chariot within the Vitthala temple complex! Much like the ruins of Polonnaruwa in Sri Lanka and Angkor in Cambodia, wandering around the vast Hampi ruins complex gives you a glimpse into the rich history & culture of an age of kings. Read on for the best places to visit in Hampi!

You may also like: 13 amazing places you can’t miss in Karnataka

How to get around Karnataka

Bangalore Airport is the nearest international airport which is about 350 KM from Hampi (a 6 hour drive). Alternatively, make the most of your time in South India and bask in luxury aboard the Golden Chariot train which departs from Bangalore. To learn more about the Golden Chariot, click here for 12 things you should know before traveling aboard a luxury train in India.

Alternatively, the Karnataka State Tourism Development Corporation also offers various bus tour packages (including female-only ones) to visit places including Hampi, Mysore, Bangalore and Belur. Click here to check out the bus tour package options. On a budget? The state is fairly well-connected by railway so you can also hop on local trains to get from place to place – you’ll want to head to Hospet station which is located about 12 KM from Hampi.

Headed to the Golden Triangle? Click here for a complete guide to visiting Delhi, Agra and Jaipur for first time visitors to India!

How to get around Hampi

It gets really, really hot in this part of India, so I would not recommend walking. The best way to see the ancient city, especially if you only have 1 day to see it all, is by (air conditioned) car or tuk tuk. If you are on a budget, you can rent bicycles to get from site to site. Google Maps is fairly accurate when it comes to the individual sights, but you’ll want to slather on the sun screen and wear a hat.

The best time to visit Hampi

The best time to visit Hampi is during the “winter” months from December to February as the other seasons can be hot and even rainy. When we were there in February, it was scorching hot – 32 degrees Celsius (90 degrees Fahrenheit) and upwards!

How much time to spend at Hampi

The Hampi complex is sprawling and there is a LOT to see. It’s fairly hard to visit Hampi as a day trip given how far it is from Mysore and Bangalore (unless you’re traveling by the Golden Chariot luxury train), so you should plan to spend a minimum of 1 night in Hampi. In general, most of the sights in Hampi are open from sunrise to sunset and don’t have entrance fees.

Wondering where to stay in Hampi? Here are some highly-rated accommodation options in Hampi.

What to see in Hampi

Hampi was founded in the early 14th century and fell to the rulers of Northern India in 1565; though it has subsequently lapsed into abandonment and sits in ruins, you can experience the heritage of Hampi by exploring the remains of opulent palaces, temples, fortifications, markets and much more. Here are some of the top attractions in Hampi that you can’t miss.

Start your Hampi adventure at Hema Kuta Hill. The Hema Kuta Hill overlooks a portion of the complex and has traces of fortification and the ruins of more than 30 smaller temples.

You can wander freely across the top of the hill for some incredible photo opportunities and a stunning view from above.

The Virupaksha Temple sits at the base of Hema Kuta Hill and is dedicated to Lord Shiva and his consort Pampadevi. It is a living temple, which means that it is still used for worship to this day.

You must remove your shoes to enter the temple, and there are tons of monkeys within the complex – so watch your stuff! When we visited a naughty monkey ran off with another tourists’ battery pack.

You’ll love the vibrant colours at the Virupaksha Temple – make sure it’s on your Hampi itinerary!

This large stone statue was built in the early 16th century and stands at nearly 7 meters high. It is dedicated to the god Vishnu and the goddess Lakshmi. The statue has the face of a lion and a human body as it is one of the manifestations of Lord Vishnu.

Located right next to the Lakshmi Narasimha statue is this small temple dedicated to lord Shiva that many people overlook and skip on their Hampi itinerary – I recommend making a quick pit stop and checking it out. It features a large black stone Shiva Linga within a small chamber – the Lingam stands permanently in water.

The Queen’s Bath is an ornate bath structure that was once used to wash the ladies of the court as well as the royal family. It is located just outside of the Royal Enclosure and is one of the most popular Hampi monuments for tourists to visit.

Though it is mostly flat and the walls have come down, the royal enclosure includes two major platform structures, an underground chamber (treasury or private audience hall), several minor platforms as well as a stepped tank.

Adjacent to the enclosure is the Hazara Rama Temple which features absolutely fascinating reliefs carved into the temple walls.

Probably my personal favorite, the unassuming double-tiered lotus mahal in Hampi features stunning arches that resemble lotus petals. If you have a thing for symmetry, you’re going to love this monument in Hampi!

The Elephant Stables are where the royals once housed their elephants. It is remarkably well preserved and features a long and narrow interior corridor and a number of protruding domes above.

To get to this temple, you will need to take a small bus or walk 15 minutes in the scorching sun, but it’s worth it and one of the top Hampi attractions in the complex.

Dating back to the 15th century, the Vijaya Vitthala Temple is perhaps the most well known of all the temples in Hampi and the large complex features a number of shrines as well as the famous stone chariot in the main courtyard.

To the left of the entrance of the Vijaya Vitthala Temple is a path that leads to the edge of the Tungabhadra River. This is a great place to end a busy day of sightseeing and to catch the sunset in Hampi!

Ready for your Hampi adventure? Here are some highly-rated accommodation options in Hampi.

I hope this Hampi travel guide has inspired you to visit this amazing UNESCO World Heritage Site. Have you visited any of these 10 places to see in Hampi? Tell me about it in the comments section below!

Looking for even more India travel tips and destination guides? You might want to read these guides:

I visited Karnataka twice over the course of 2 years – the first time as an independent traveler in 2017, and again as a guest of the Karnataka State Tourism Development Corporation / India’s Ministry of Tourism in 2018. No compensation was received for this review, and as always, the opinions on Yogawinetravel.com are (and always will be) my own! 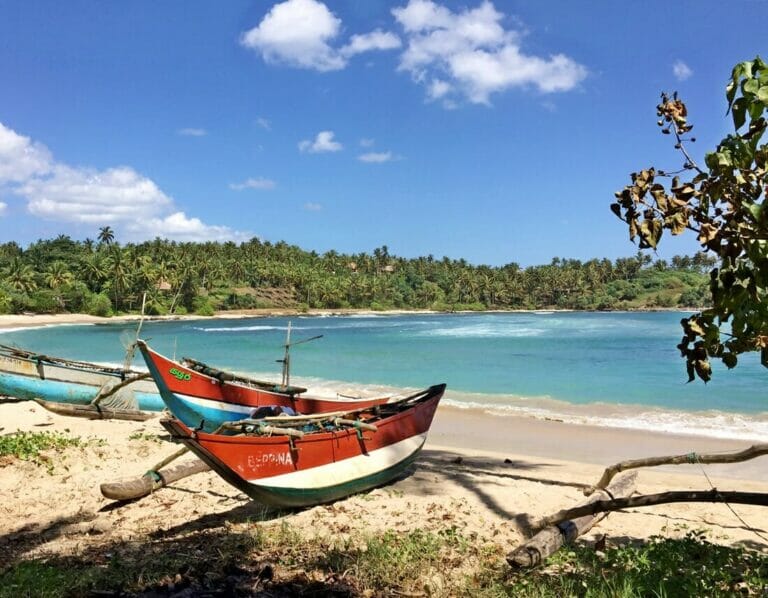 The southern coast of Sri Lanka is lined with incredible beaches and towns. Read on for the best things to do in south Sri Lanka! I’ve split my time between Hong Kong and Sri Lanka over the past five years, and have made down south Sri Lanka my second home. It’s one of the most… 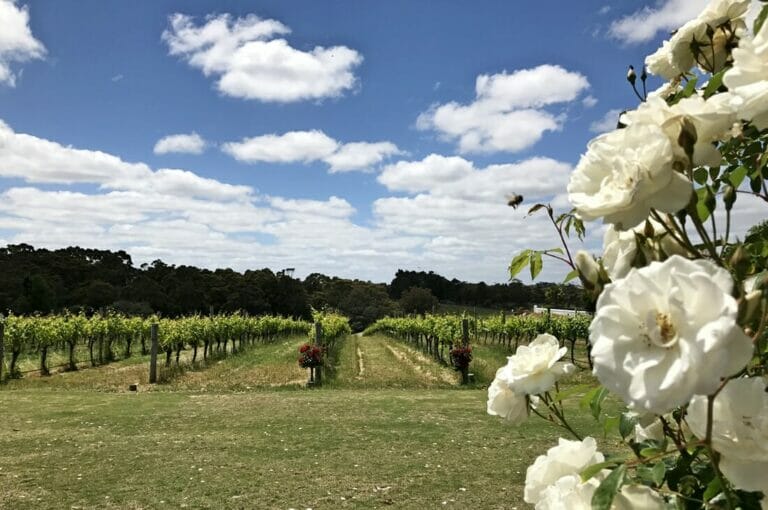 Love good wine? Love good food? Then you’ve come to the right place. If you’re planning your next trip abroad, here are nearly 20 of the best wine regions in the world recommended by travel bloggers. You’ve probably already heard of some of these famous wine regions, but I’m betting that a few of these… 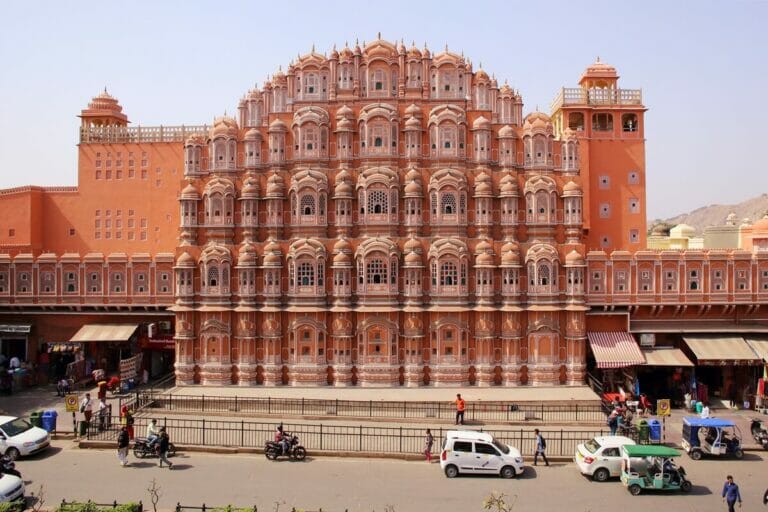 The “Pink City” in India is vibrant, rich in history and full of wondrous landmarks. Read on for the top places to see in Jaipur! Jaipur is the capital of Rajasthan state in western India and was founded by Maharaja Jai Singh II in the early 18th century. Jai Singh became king at just age… 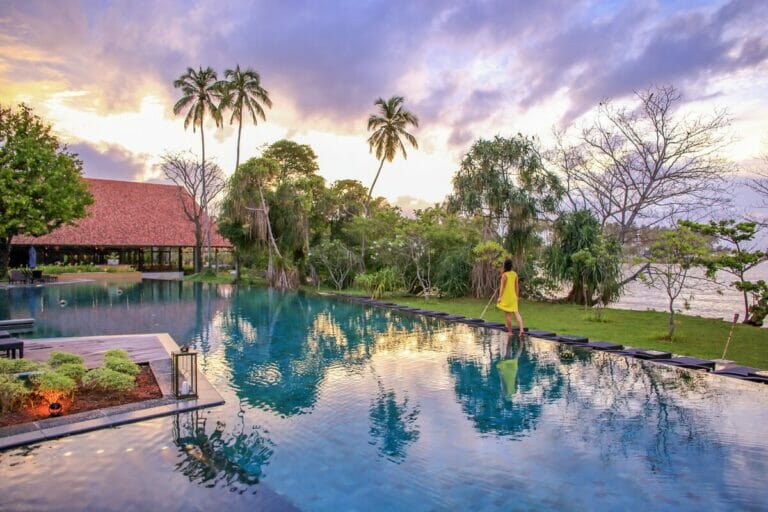 Unwind at this beautiful Bawa-designed boutique hotel along the southwest coast of Sri Lanka. Since my first Anantara experience in Bali more than a decade ago, I’ve sought out other Anantara properties around the world for their signature service, incredible food and tasteful decor that doesn’t sacrifice comfort for style. When planning my next trip… 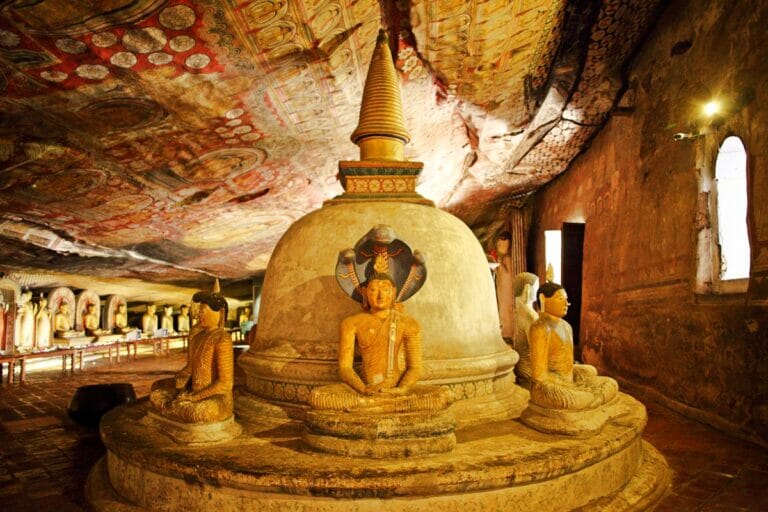 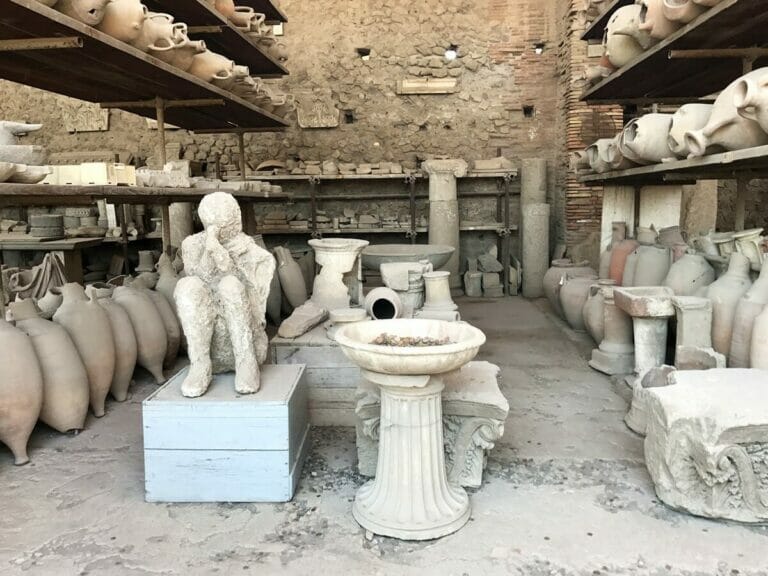 Pompeii is one of the most important archaeological sites and tourist attractions in Italy, and today it has UNESCO World Heritage Site status as a result of the state of their preservation and the “complete and vivid picture of society and daily life at a specific moment in the past that is without parallel anywhere…