by Flo
in Travel, Wanderlust Wednesday
26 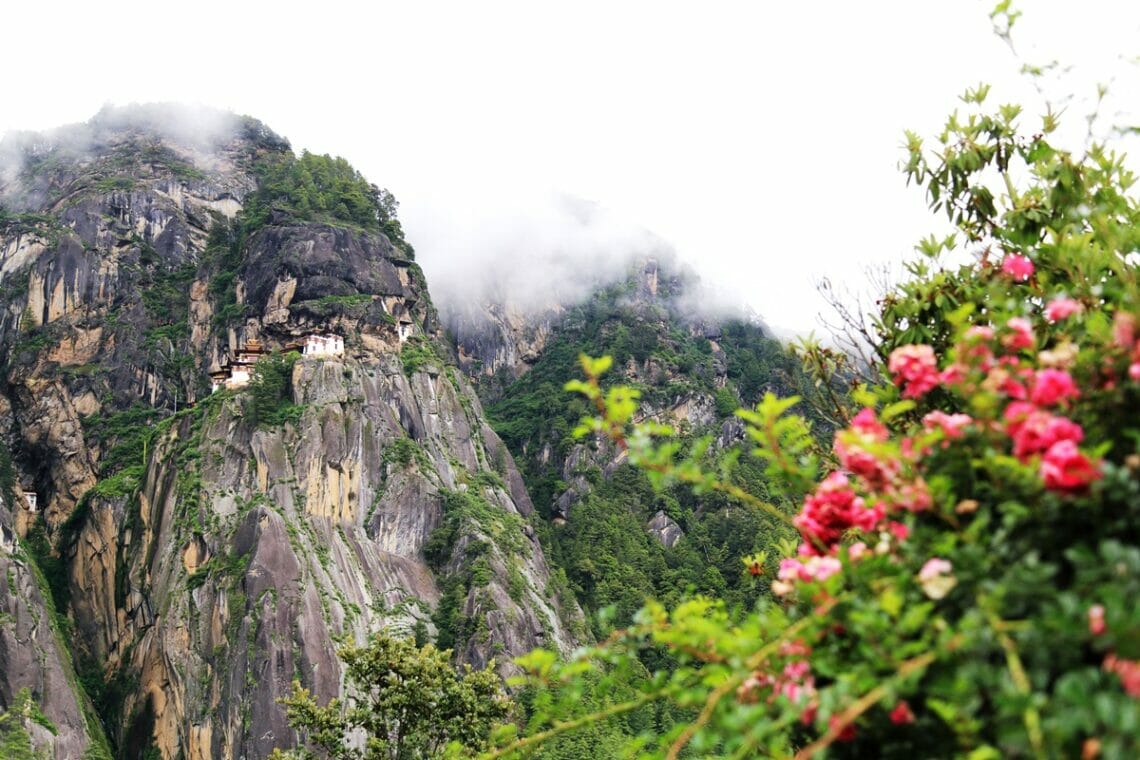 You might have read or heard about Bhutan in passing and wondered “where is that country?” It is a predominantly Buddhist Kingdom perched high in the Himalayas and is often referred to as “The Last Shangri-la”. In addition to its beautiful landscape, stunning monasteries and unique culture, Bhutan is also known for developing the philosophy of Gross National Happiness. The idea is to gauge the country’s development by measuring its citizens’ well-being, not just economic success and gross domestic product.

Tourism to Bhutan is growing and it’s not difficult to understand why. Although the country is open to foreign tourists, all tourists must travel on a guided tour operated by a licensed tourist company and cannot travel independently in the kingdom. Bhutan is also well known for its array of colourful and grand religious festivals throughout the year: they draw big crowds of both local and tourists and it is believed that everyone must attend a “Tshechu” and watch the mask dances at least once to receive blessings and wash away their sins.

You will be in absolute awe of the country’s architecture, people, food and culture. I’ve put together a gallery of photos of Bhutan to remind me of this wondrous place, and hopefully inspire you to visit this kingdom sooner rather than later as well.

Have you been to Bhutan before? Tell me all about it in the comments section below.

7 Yoga Poses for Surfers of All Levels

7 Tips From Yoga Teachers to Nail Your Mirroring Skills