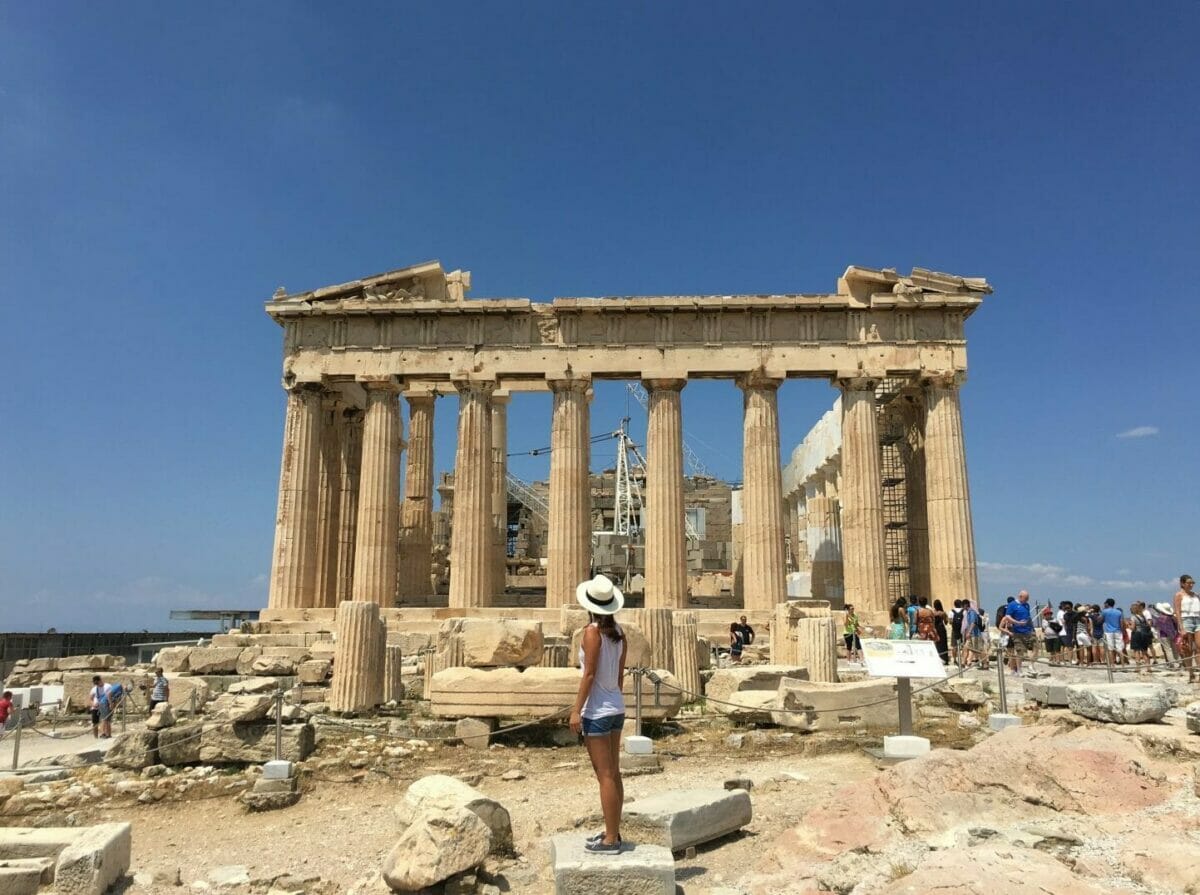 Only have one week in Greece? Read on for the perfect Greek mainland road trip guide!

Wow that was a mouthful! Let me start by saying that we were ambitious (perhaps ridiculously so) when putting together and following this itinerary, so while it can be done, it involves driving for long stretches and covering a lot of ground. The upside is that you get to see key historical and archaeological spots around Mainland Greece in under a week! Would I do it again? Yes. But I’d probably add an extra day on either end of the itinerary.

I bet you’re wondering, “why 6 days? why not 7? why not 5?” Well, we did it this way because 1) we only had a few days to spare between 2 weddings that we were attending (apparently the summer of 2016 was the year to get married!) and 2) I was desperate to see as many of the top archaeological and historical sites as we could in the time we had. If you’re not pressed for time then you can easily turn this into a 7 day road trip in Greece itinerary by adding more time in each of the cities, and allowing for later starts during the day.

The key is to surviving this road trip in Greece is to have someone to split the drive with you, and make sure this person doesn’t mind you belting out Citizen Cope songs for hours on end. If you only have one week in Greece and want to see the major sights in Olympia, Delphi, Meteora, Athens and Thermopylae on the Greek mainland, read on!

The best time to visit Greece

The best time to visit Greece is in late spring or autumn when the crowds are less hectic. The crowds are at its worst during July and August – however, we were there in mid-July and while it was sweltering hot, it was still manageable (although it did feel like the entire population of Europe was at the Acropolis with us). There are also good ways to avoid the crowds – read my individual guides to Athens, Olympia, Meteora, Delphi and Santorini for more region-specific travel tips!

Essential tips for driving in Greece

Once you arrive in Athens, hop on an express bus or metro and head to Syntagma Square. Athens is one of the oldest cities in the world, and is sometimes referred to as the cradle of Western civilization. The arts and philosophy thrived here, it is steeped in culture and ancient history, and its landscape is dominated by the stunning Acropolis.

Spend 2 days strolling from ancient site to ancient site, and grab a sunset cocktail on one of Athens’ many wonderful rooftop bars. Don’t miss the National Archaeology Museum, the Acropolis, the Temple of Olympian Zeus or Temple of Hephaestus. Click here for my Athens city guide!

Where to stay in Athens: A for Athens. It is the perfect base to explore all the historic and archaeological sites in the city, and the rooftop bar offers an incredible view of the Acropolis. Click here to check rates and availability A for Athens or click here to see other highly rated hotels in Athens!

In the morning, check out of your hotel and pick up your pre-booked rental car in Athens (we went with Kosmos and it cost approximately €200 for 4 days). Olympia is a 3.5 hour drive away from Athens, and it is the birthplace of the Olympic Games. Once you have checked into your hotel, grab a bite to eat and then head out for your day of sightseeing.

Olympia was once the most important religious and athletic centre in Greece and is home to the sanctuary of Zeus and the many buildings erected around it, including the Temple of Hera, the gymnasium, the Philippeion, athletic premises used for the preparation and celebration of the Olympic Games, administrative buildings and other lay buildings and monuments. It was also home to a 13-meter-tall statue of Zeus, one of the Seven Wonders of the Ancient World, and is believed to have been destroyed in a fire.

There are a number of ruins and museums you can explore once you arrive: the Archaeological Museum of Olympia, the Archaeological Site itself, the Museum of the History of the Olympic Games in Antiquity and the Museum of the History of Excavations in Olympia. Olympia is an amazing, unmissable place to visit for history, mythology and sports aficionados! Click here for my guide to Olympia!

Where to stay in Olympia, Greece: Hotel Europa. The hotel is a quick 3-4 minute drive away from the archaeological site, has free parking, incredible staff and a beautiful pool. Click here to check rates and availability at Hotel Europa or click here to see other highly rated hotels in Olympia!

Day 4: Drive from Olympia to Meteora

After a wonderful night’s sleep at Hotel Europa, get an early start and head to Meteora. It’s going to be a loooooooooong day of driving and you’re unlikely to want to do any sightseeing on this day given the arduous journey. It will take you anywhere from 6 to 8 hours depending on how many stops you make – it took us 7 hours door-to-door from Olympia to Meteora. Once you get to Meteora in the afternoon, settle into your room and grab an early dinner, then get a good night’s rest.

Once you have regained feeling in your butt and legs, spend the day hopping from monastery to monastery admiring the otherworldly landscape. Meteora is one of the best places to see in Greece and is located in the central region of the mainland.

Monks settled on these “columns of the sky” centuries ago, and “Meteora” became the name they gave to the monolithic columns that seemingly pierced the clouds and sky. The name, “Meteora”, roughly translates into “suspended in air”.

Meteora is home to 6 monasteries and nunneries precariously perched atop massive rock pillars. What’s truly amazing is that these 6 monasteries are still active sites of worship! Spend the day exploring the grounds of these monasteries – they feature spectacular churches, preserved frescoes, beautiful gardens and more. Click here for my guide to Meteora!

I told you this itinerary was insane, are you still with me? At this point I had to wonder if we were insane, but we survived (and absolutely loved) the trip so I promise you it’s worth it! Get going from Meteora bright and early and drive southbound for 2 hours towards your first stop of the day: Thermopylae. Doesn’t ring a bell? What about the Hot Gates? Still drawing a blank? How about Gerard Butler and the 300 Spartan warriors? Yes, I’m talking about 300: the movie. Thermopylae is where the narrow mountain pass once stood, and where the Greek forces fought against the Persian invasion. Being the massive nerds that we are, this was added to our itinerary fairly last minute.

Thermopylae is a 2.5 hour drive away from Meteora. There are 2 key sights here (we skipped the museum) – check out the statue of King Leonidas and the memorial site for the Spartans and Thespians. Although you only need to spend 20-30 minutes here, it was worth it to us because it is on the way to Delphi, but you could opt to skip it if you are short on time or would rather head straight onto Delphi.

Hop back in the car and drive for another 1.5 hours to get from Thermopylae to Delphi, the sanctuary of the most famous Oracle in all of Greece. It was also once considered by the Greeks to be the centre of the world! There are a number of sites and a museum located in Delphi: the Sanctuary of Athena, the Temple of Apollo, the Delphi Stadium, an ancient theatre and the Delphi Archaeological Museum.

Give yourself a few hours to explore Delphi properly. Click here for my guide to Delphi! Once you’ve picked your jaw up off the floor, hop back in the car and head back to Athens (a 2.5 hour drive). We arranged to drop the car off at Athens International Airport to catch our flight to Santorini, but you could also opt to stay in the city for another night to sleep off all the driving. Alternatively you could stay the night in Delphi if you are spending 1 week in Greece.

Where to stay in Delphi: Click here to check accommodation options and current rates in Delphi!

That’s it! You won’t believe how quickly 1 week in Greece goes. If you follow this Greece trip itinerary you’re guaranteed to hit most of the top archaeological sites scattered around the mainland, and obviously you can also do this road trip in reverse. If you have a few days to spare, you may also want to head to Mount Olympus for some breathtaking hikes. Have you been to Greece before? Am I missing any major sights? Let me know in the comments section below. 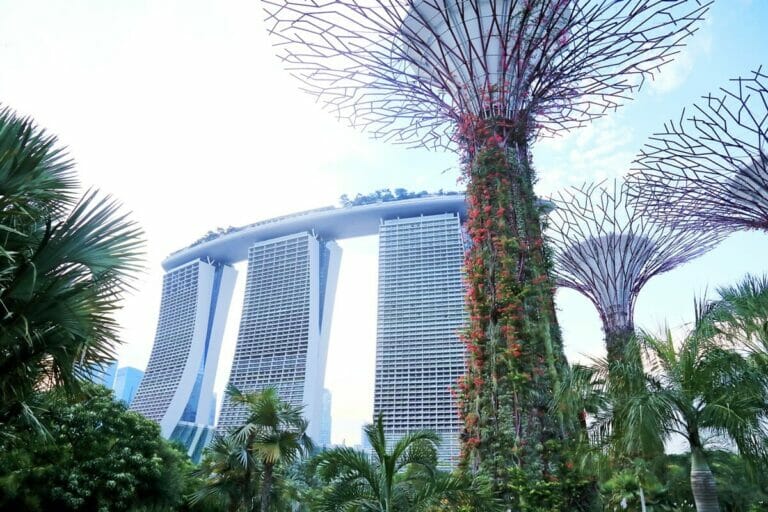 3 days in Singapore is the perfect amount of time for a city getaway. Read on for places to add to your Singapore itinerary! Singapore is a small island in Southeast Asia that has quickly established a reputation for rapid urbanization and being a melting pot of cultures. Over the past few years, I’ve traveled… 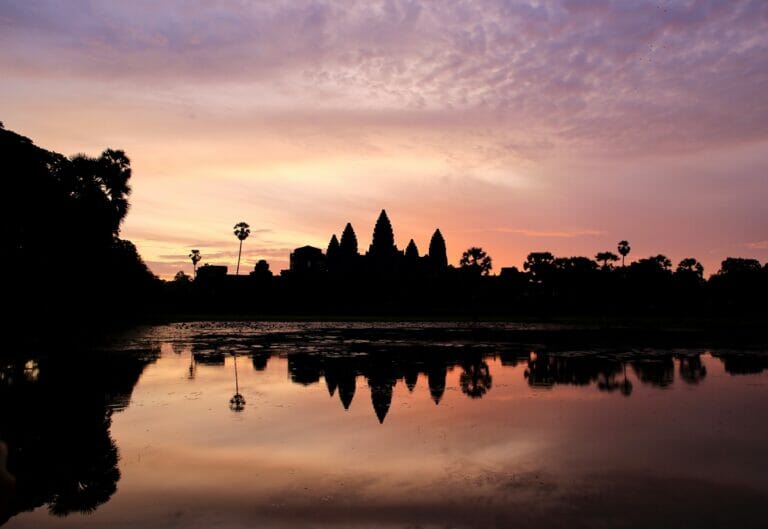 I recently wrote about visiting Siem Reap with my family, it was a fantastic experience and the heritage and culture was breathtaking. It’s one of those places that more and more people and tour groups are heading to, so I would recommend that if you haven’t been yet, go – stat. There is a lot… 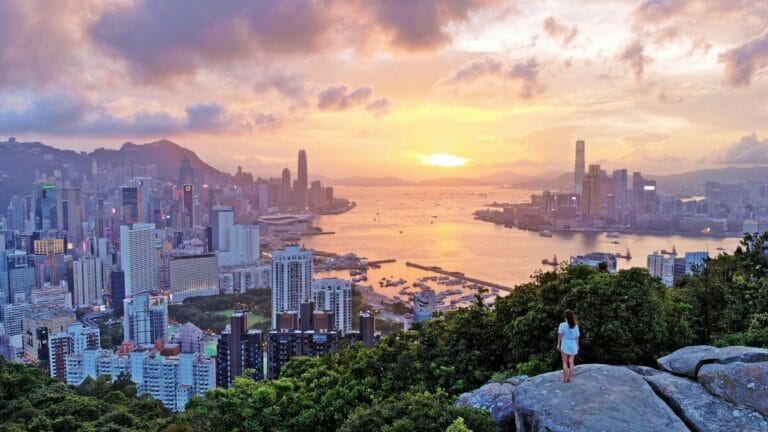 Looking for easy hiking trails in Hong Kong that will get you back to the city in time for happy hour? Look no further! Hong Kong is often considered to be a concrete jungle with colossal skyscrapers, but in reality the city is a tropical island with a splash of towering high-rises. One of the… 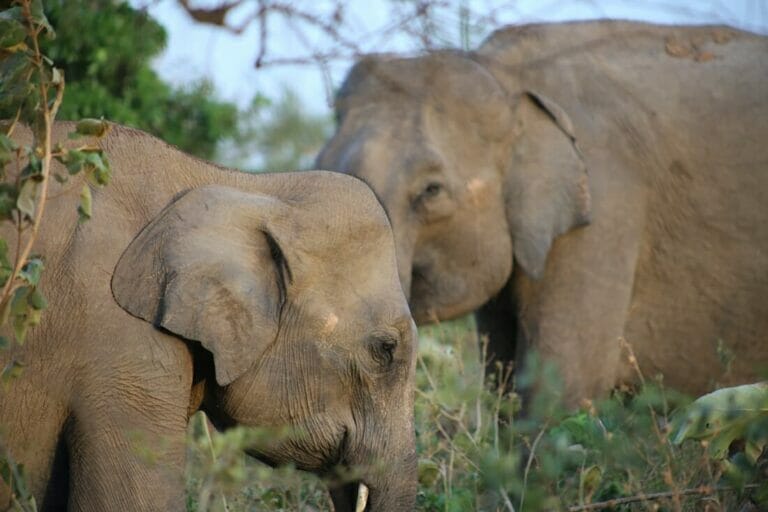 Udawalawe is one of the best places to see elephants in Sri Lanka – elephant lovers must visit this excellent national park! If beautiful beaches, delicious food, rich culture and stunning landscape aren’t enough to convince you to hop on a plane to Sri Lanka, then take a look at the amazing wildlife that this… 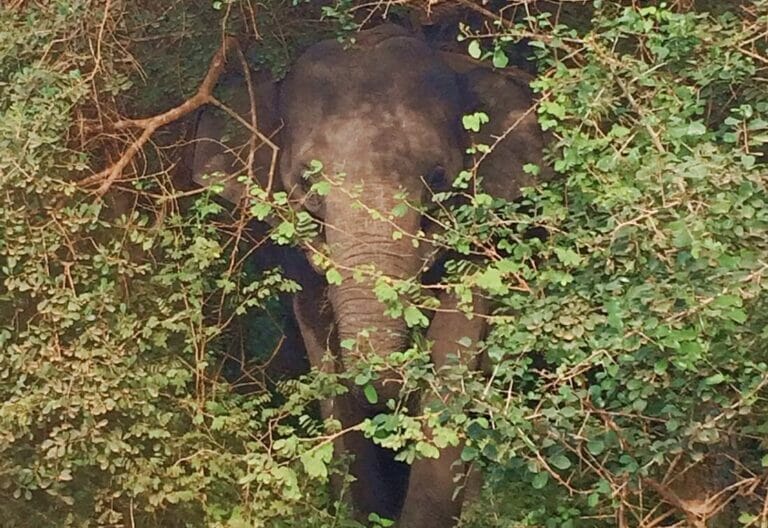 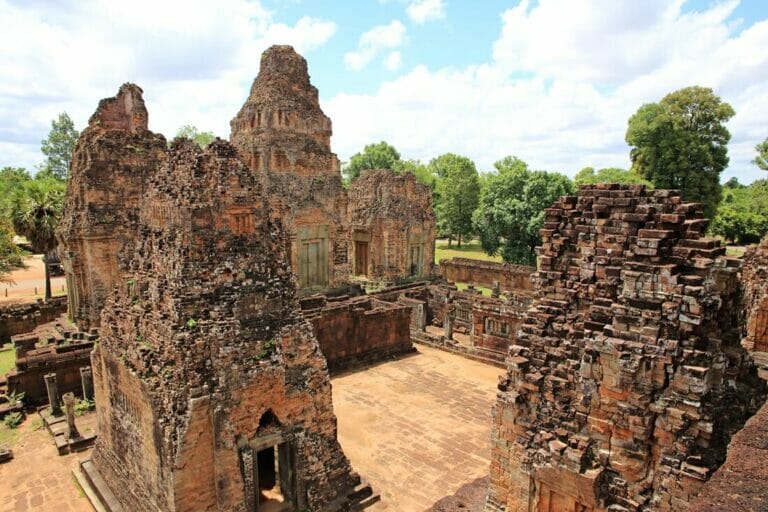