Visit the place that was once considered to be the centre of the world! 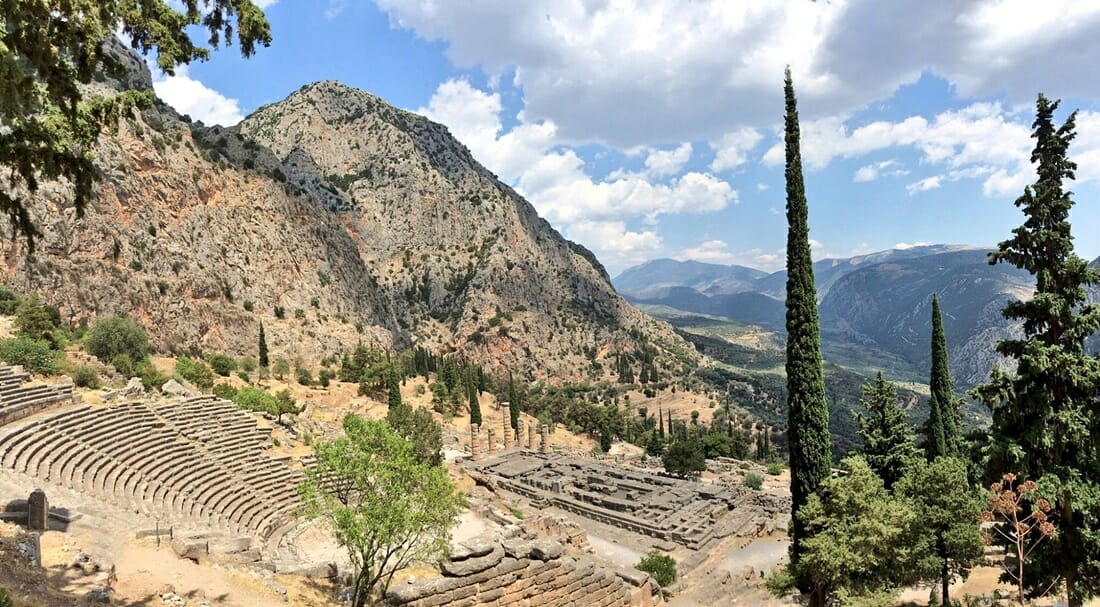 You can’t talk about Greek mythology and history without referencing Delphi. Once considered the centre of the world, Delphi was home to the most famous oracle (no, they probably didn’t look like the ones in 300: the movie) in all of Greece and is now a UNESCO World Heritage Site. After visiting Athens, Olympia and Meteora, Delphi was our last stop in mainland Greece before hopping over to Santorini. If you’re considering visiting Delphi (because honestly, why wouldn’t you?), it’s very easy to do a day trip from Athens; alternatively, you could spend the night and drive on to Meteora.

The Oracle was also known as the Pythia, and was thought to have existed since the dawn of time. She was a prophet for the Greek god Apollo and handed out sage advice and wisdom to kings as well as ordinary citizens – her prophecies could send armies to war, or break up relationships. It was the Oracle who told Hercules to serve King Eurystheus in order to cleanse himself of the murder of his own wife and children – this is what led to Hercules undertaking the 12 labors.

How to get to Delphi

Delphi is a 3 hour drive away from Athens and the drive is relatively easy, with a few tight bends along the way. Make sure you have change ready for the various toll booths along the Greek highways. If you are planning to visit Delphi, you could easily visit all the sites, monuments and museum in a few hours’ time and there are plenty of tour operators that offer day trips from Athens.

For those of you who are driving, there are a number of spots along the road in front of the archaeological site that you can park at at no cost. If you’re looking to nab a spot, make sure you head there early (before 11 am/noon) so that you avoid the tour buses.

Where to stay in Athens 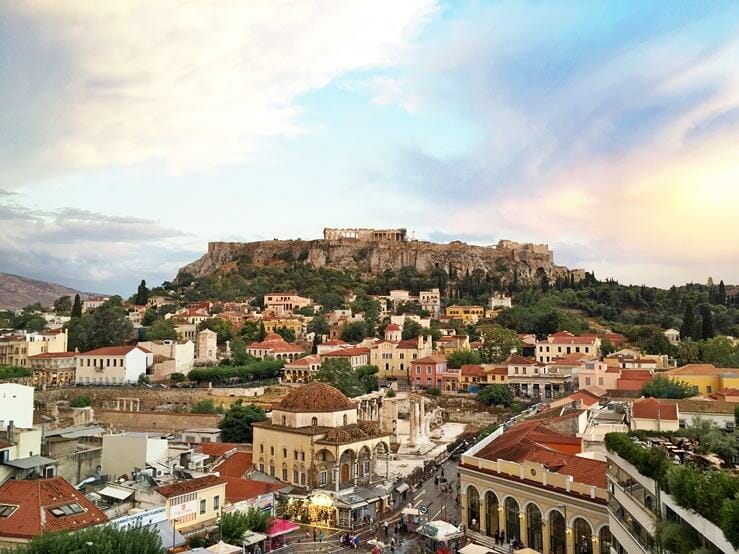 If you are planning a day trip to Delphi from Athens, check out A for Athens hotel, just steps away from the Acropolis. A for Athens was the perfect base for us to explore all the historic and archaeological sites in the city, I just wish we could have stayed longer! Click here to check availability and current rates at A for Athens Hotel!

Want to stay overnight in Delphi? Click here to book accommodation in Delphi!

What to bring to Delphi

What to see in Delphi

There are a number of sites and a museum located in Delphi. Tickets are €12 (€6 for children) and covers your entry to all sites. There are also several free admission days throughout the year – March 6th, April 18th, May 18th, the last weekend of September, October 28th and every first Sunday from November 1st to March 31st. Check the website for the latest opening times – the site and museum tends to open at 8 AM and shut at 8 PM, but this may change seasonally.

Both locations are closed on certain days of the year (such as Christmas, Boxing Day, Easter Sunday etc.) so make sure you check the Ministry of Culture & Sports website if you’re planning on heading there on a major holiday. 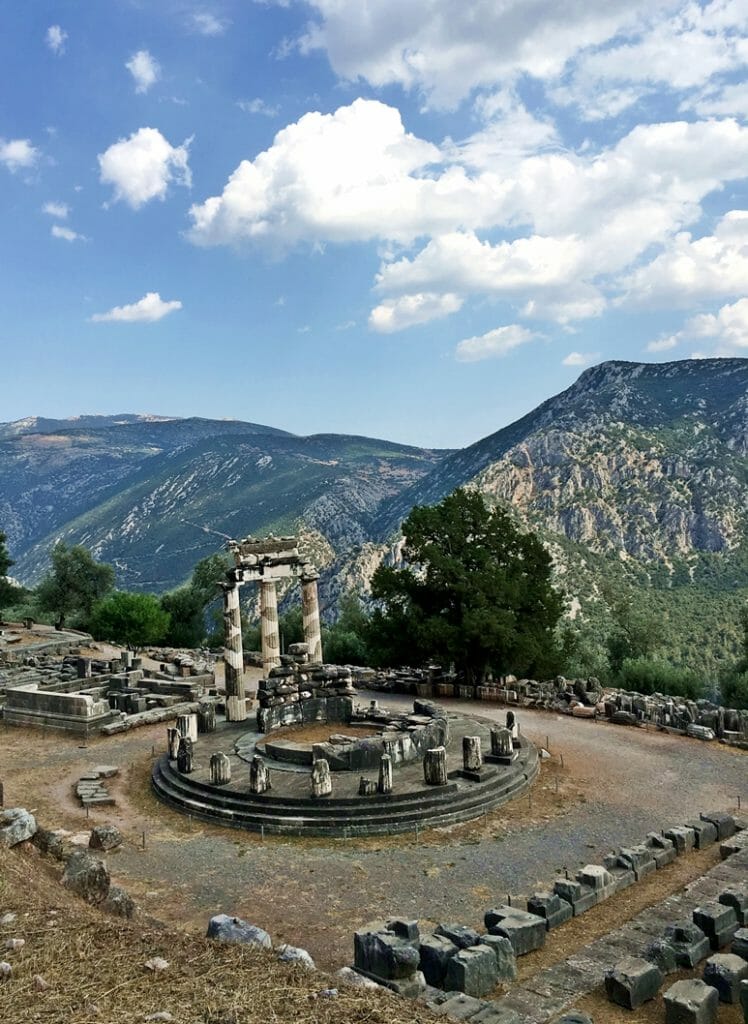 If you’re coming from Athens, this is (quite fittingly) the first site you will hit. This site is a few hundred meters away from the main archaeological site and contains the iconic Tholos (which you’ve probably seen on many a postcards), a circular building that was consists of about 20 columns. It’s probably one of the most popular places for tourists to take photos, and for good reason. There is a small platform as you walk down the hill to the site that serves as an excellent photo spot. When we were there, there was no ticket booth to enter the Sanctuary of Athena. 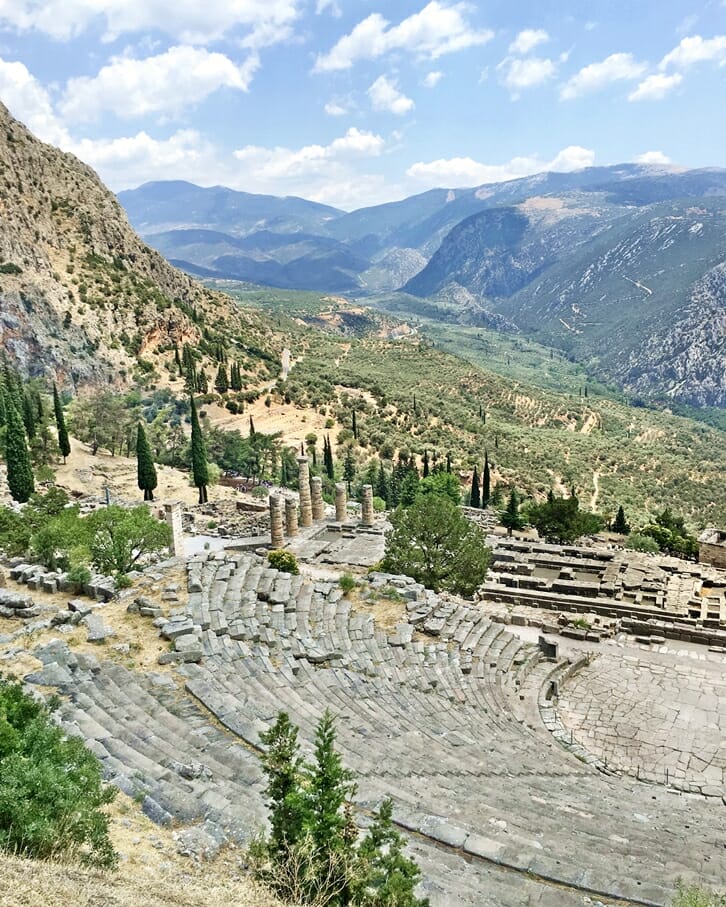 Once you have arrived at the main archaeological site, you can purchase your tickets and go straight in (hang on to your ticket). The path is mostly uphill and some sections are slippery, so be careful. As you ascend up the Sacred Way towards the Temple of Apollo, there are a number of notable monuments to see.

Those wishing to consult the oracle ascended the Sacred Way on the ninth day of each month, sacrificed an animal on the altar at the top and were then allotted their place in the queue. 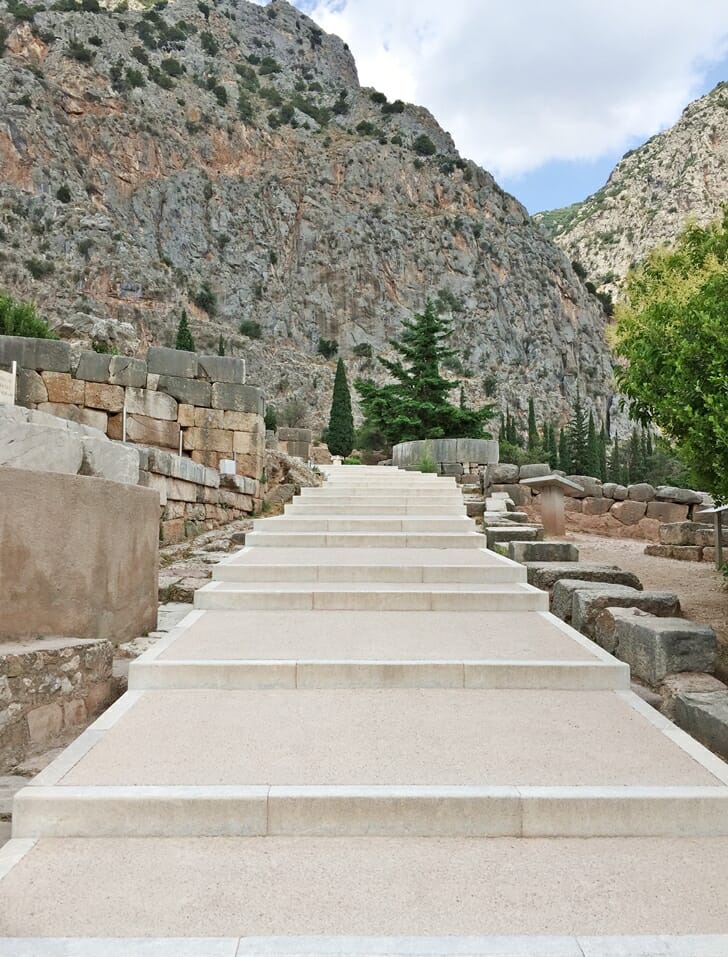 The elegant treasuries were erected by several Greek cities to host their votive offerings to the sanctuary. The treasury of the Siphnians was shaped like a small temple and hosted votive offerings dedicated to Apollo, but only the foundations are still located at the archaeological site – the surviving sculptural decoration is on display in the museum. 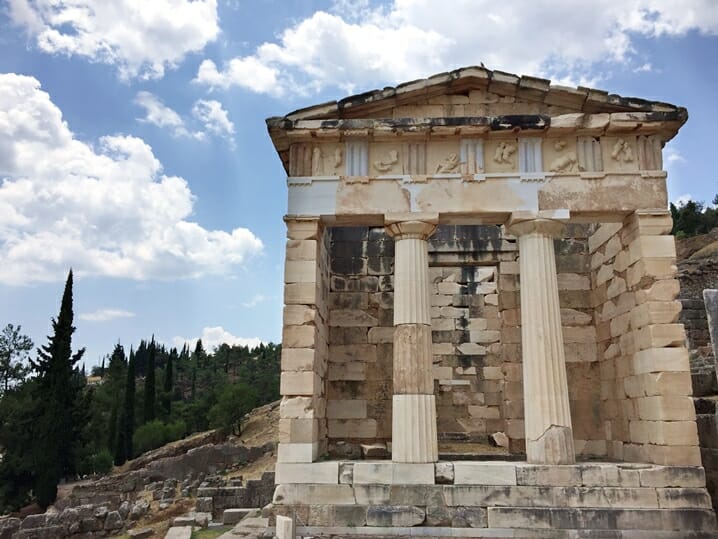 The Athenians’ treasury contained trophies from important battle victories and other votive objects dedicated to the sanctuary. Parts of the architectural sculpture of the treasuries are on exhibit in the museum, including an inscription on a wall of 2 unique hymns to Apollo. 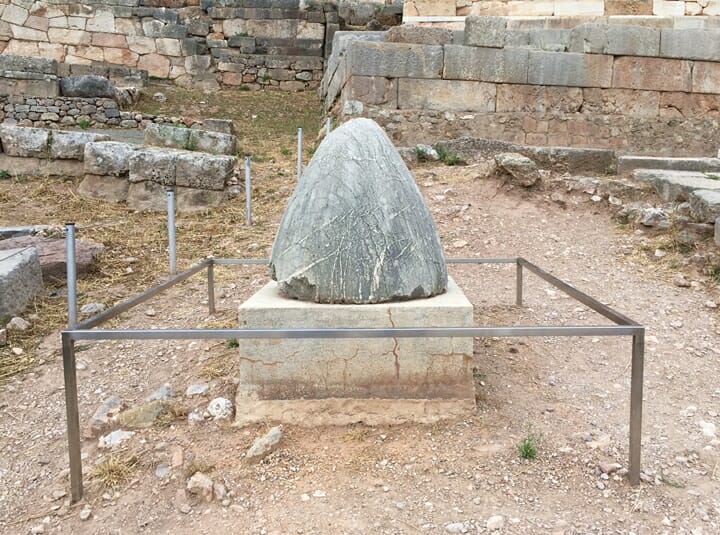 If you weren’t looking for it, you’d probably walk right by it and think “oh that’s a funny looking cone-shaped rock”. Among the ancient Greeks, Delphi was believed to be the center of the world. Legend is that Zeus sent out 2 eagles from the ends of the earth to fly across the world at the same speed, and where they met was determined to be the navel of the world – the Omphalos marks this location. Spoiler: this is a copy of the sacred Omphalos at the sanctuary, the “original” stone is on exhibit in the museum.

The Temple of Apollo 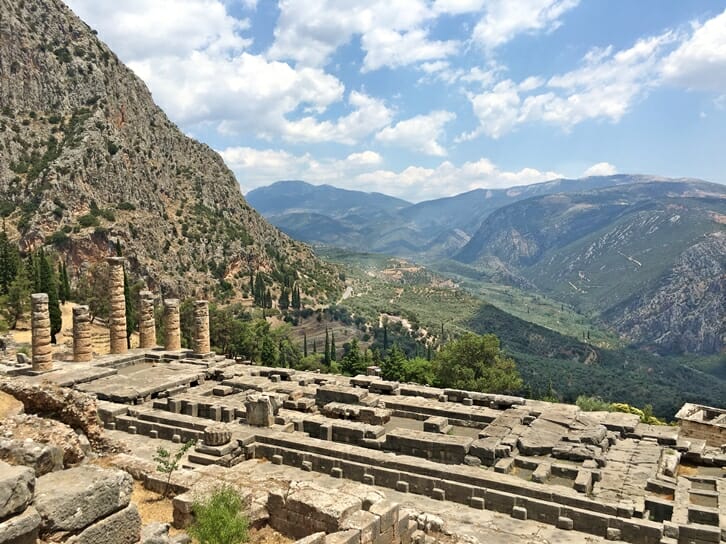 Jackpot! The Temple of Apollo is arguably the star of the show and was built with donations from every Greek city. The base and several columns still stand and it’s not hard to imagine how it might have looked during its heyday. Once you walk further up the hill, you can look back on the Temple of Apollo with lush mountains as its backdrop and just marvel at its beauty. It is here where the Oracle carried out the divination rituals.

Looks like the Oracle and Apollo were not fond of the cold. The Oracle only gave prophecies during the 9 warmest months of each year as it is said that Apollo deserts his temple during the winter months.

The Seat of the Oracle

Have you watched My Big Fat Greek Wedding? Nia Vardalos wrote the screenplay and starred in the comedy – she then went on to write and star in My Life in Ruins, a predictable (yet hilarious) romcom with the most incredible scenes of the landscape and ruins in Greece. In the movie, she points at this holey (yes, holey as in with holes, not “holy”) slab of rock and said that the Oracle used to peek through the holes to deliver prophecies. 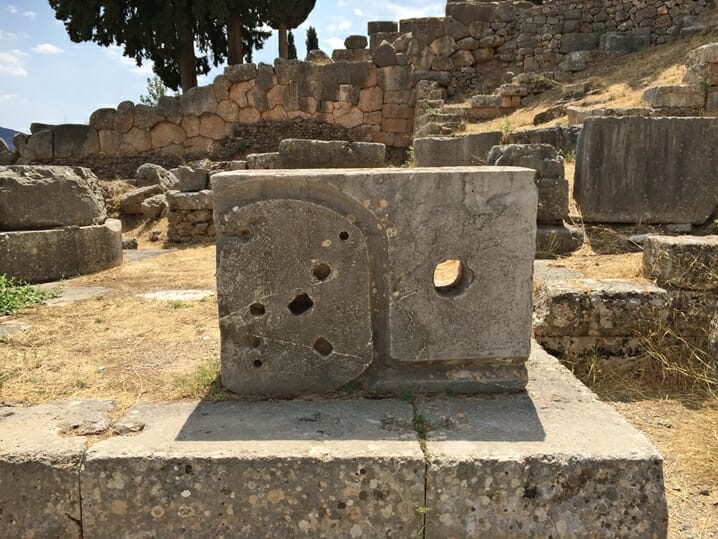 It is said that this slab of rock was actually placed flat, rather than on its side, and that the holes were for the Oracle’s tripod seat. Some people say this is a replica – who really knows?

When the Oracle sat in her seat, she would inhale fumes that would send her into a trance so that she could act as a medium for Apollo and deliver prophecies. Geologists have found that it might have been possible that these gases were hallucinogenic and released from fault lines between tectonic plates. The researchers found traces of ethylene at Delphi: ethylene has a sweet smell and produces a narcotic effect described as a “floating” or euphoria! Read more on National Geographic. 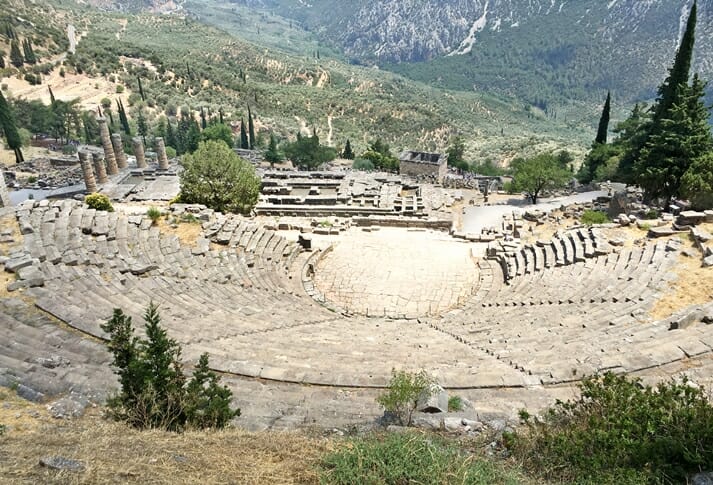 By this point you’re probably getting a bit sweaty and panting from the uphill climb. But seeing the well-preserved theatre is worth it. Perched high up on the hill, this is where the musical performances of the Pythian Games (more to come on the games) and other religious festivals took place. Apparently this theatre can accommodate approximately 5000 people! Of course I couldn’t resist striking a Yoga pose here. #Shameless. 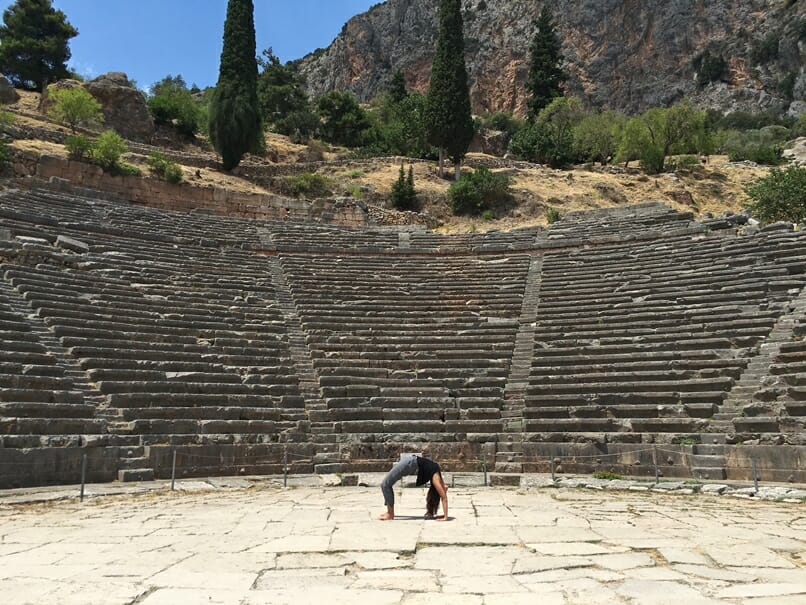 Honestly, after the theatre I was extremely disinclined to keep walking up the hill. I was exhausted (probably all those back bends!) and wasn’t sure if the stadium was worth visiting – turns out that it was (kind of). The Olympic Games was not the only sports event in Ancient Greece, turns out that there are a total of 4! The stadium hosted the athletic portions of the Pythian Games, which was hosted every 4 years at Delphi, and could accommodate approximately 6000 people.

Last but not least is the Delphi Archaeological Museum, I hope you still have your ticket! Before you enter, you should know that the museum staff are very strict about posing for photos with the sculptures and artifacts for photos – apparently some rowdy visitors disregarded the fact that the exhibits had cultural and religious significance and took stupid, silly photos with the sculptures. 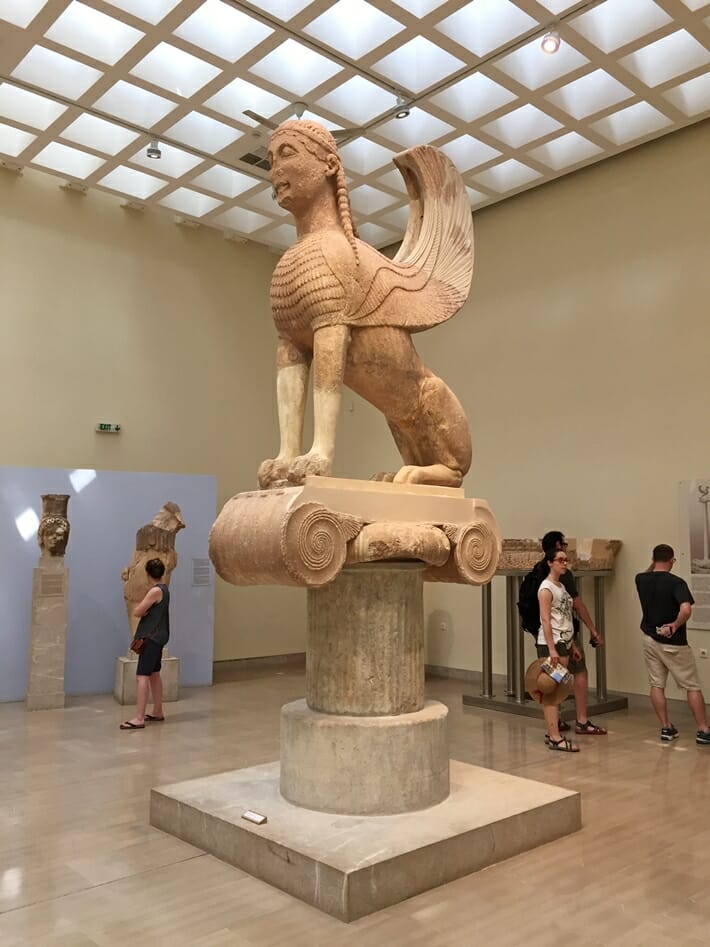 Anyhoo, the museum contains lots of impressive statues, votives, pediments, architectural elements and the famous Charioteer, the last remaining bronze sculpture from Delphi. Other major exhibits include the Kouroi of Delphi or the “Twins of Argos”, two matching male statues, the Sphinx of Naxos, the Dancers of Delphi, the Omphalos and the statue of Antinous.

Delphi is an incredible, unmissable place to visit in Greece. I would go as far to say that no trip to Greece is complete without exploring Delphi, and the good news is that while there is a boatload to see, it can easily be seen in a few hours’ time. Is it on your list of places to visit in Greece?  Tell me in the comments section below! 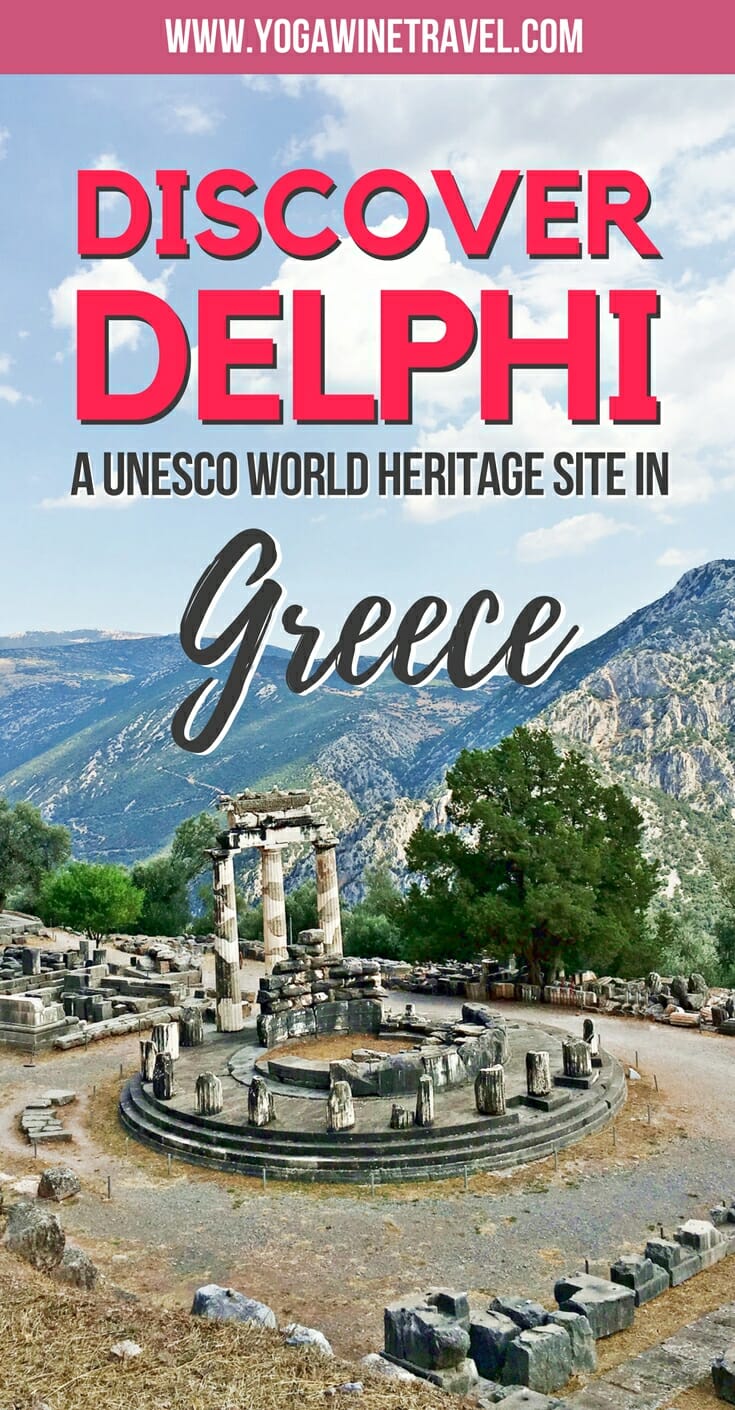 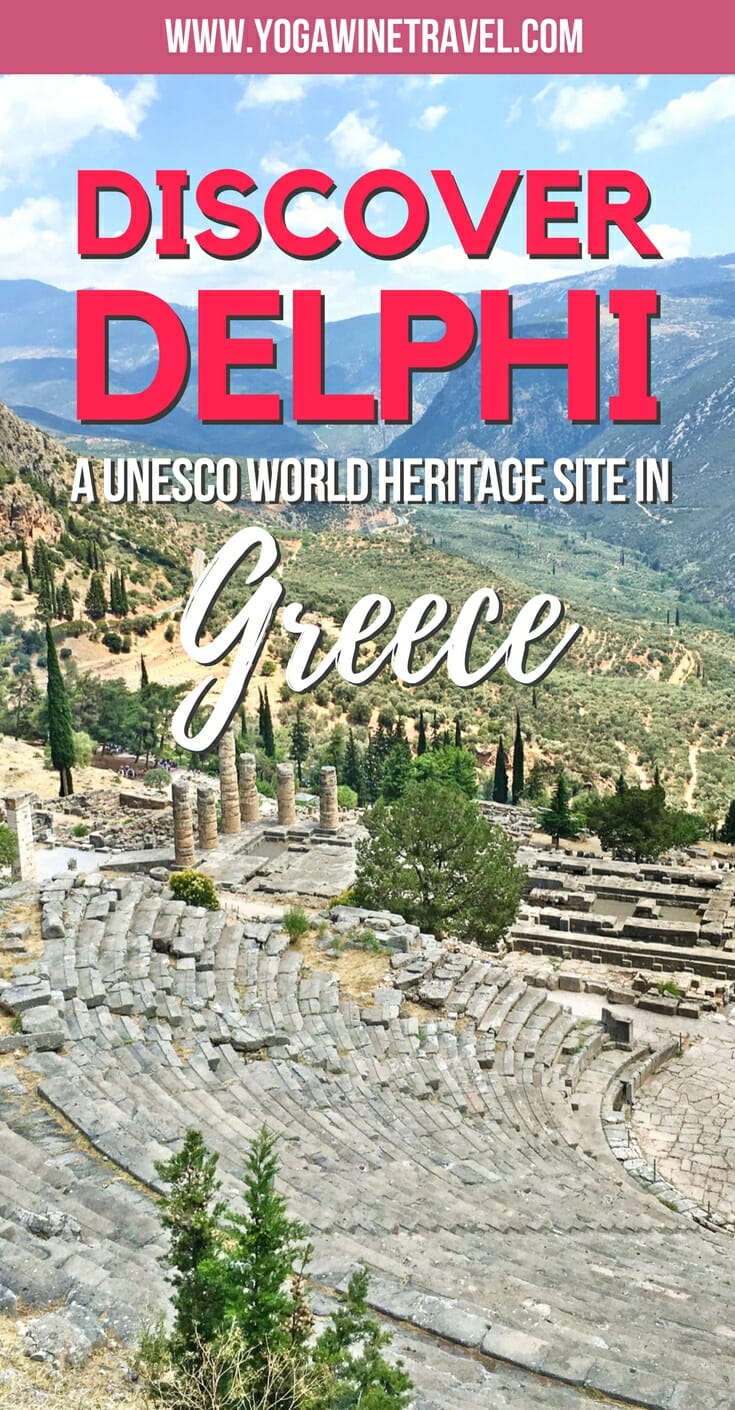 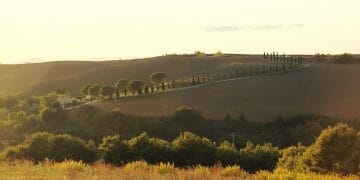 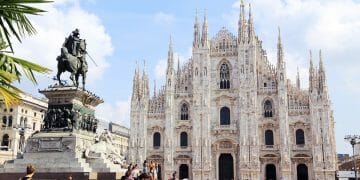 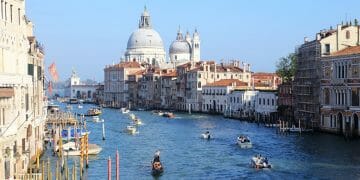 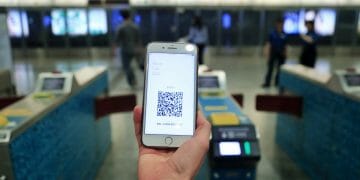 8 Short Hikes in Hong Kong With Amazing Views (That Aren’t Too Strenuous!)