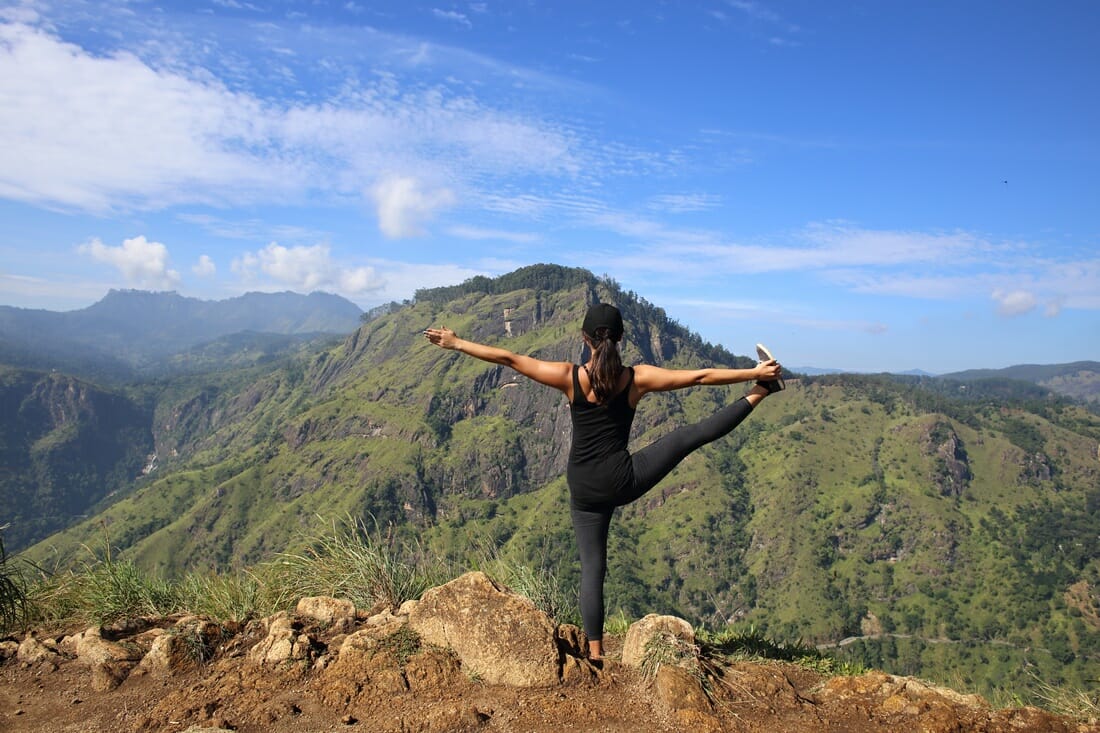 We as individuals are constantly evolving and learning more about ourselves. The past year for me has been especially eye-opening and I’ve learned a lot about who I am, what I want and what’s important to me. Yoga, funnily enough, was one driving force in that process. While my alcohol consumption has not diminished significantly, if you ask any of my friends and family they will tell you that I’m not the same person as I was a year ago.

I used to think Yoga was for hippy dippy people who liked to chant – and there certainly is that subset of people who practice yoga (and that’s fine too!) – I’ve found that it is more than that and can appreciate the philosophy and practices a little bit more now that I have a better sense of what I want yoga to do for me, and what kind of practice works for me. Here are a few things I’ve personally learned from practicing yoga.

Guess what? Practicing physical Yoga poses are not the only way to practice Yoga while you’re on the road! Click here for 20 easy ways to incorporate Yoga into your travels!

1. Yoga can be a great form of physical exercise

…but it’s more than just exercise. I grew up playing basketball, netball, swimming, running – I always thought that “if you didn’t sweat, it didn’t count“. This meant running for 90 minutes several times a week, trying to burn 800+ calories in every session and lots and lots of laundry – not to mention an unhealthy relationship with over-exercising and limiting caloric intake (but that’s a story for another day).

I now have a dodgy hip with early onset osteoarthritis and knees that ache and lock if I sit for too long – the cartilage has been severely eroded and my doctor says that she wouldn’t be surprised if I needed replacements at some point. It’s every bit as unpleasant as it sounds.

Practicing Yoga has taught me that it’s not “easy” exercise with a bunch of light stretching – it builds muscle, lowers cortisol levels, and you can see and feel yourself getting stronger with more control and body/mental awareness. It’s also helped me to become a better runner/swimmer and helped immensely with recovery. More often than not, people (including myself) turn to Yoga at the beginning for its physical benefits…but discover more along the way.

The next time someone tells you that Yoga is nothing more than gentle stretching, agree with them. But encourage them to give it a go – who knows? They might find that it’s true that Yoga can be a great form of exercise, but slowly also reap the additional rewards beyond the physical.

2. Give yourself a little breathing room

I used to have two phones – one for work as well as a personal phone. I was constantly on one of my phones – replying to e-mails, checking messages, making calls, and when I wasn’t on my phone I was thinking about checking my phone. When I left my last corporate job, it was almost uncomfortable having so much time to myself – “Me” time was never a priority over the past few years, and I see now that it made me not a very nice person to be around. My friends are saints, truly.

Yoga is my “me” time now, my personal ritual for mental and physical wellness. It’s okay to want to carve some time out for yourself and do the things you enjoy doing, and be 100% guilt-free about it.

Feel like you need to disconnect? Click here to read more about what to expect from participating in a silent Yoga retreat!

3. Don’t be so hard on yourself

I used to beat myself up over missing a gym session. The next day, I’d double up and work out for twice as long. It’s no wonder I was constantly tired, achy and prone to injury. Everyone has days where they just can’t be bothered and would rather eat a large pepperoni pizza and chocolate lava cake. Yoga has taught me that it’s alright. Some days, I can’t go into a full wheel pose – sometimes I just want to do bridge pose – and sometimes I stick a block under my sacrum and do assisted bridge and call it a day.

Learning to be comfortable with not over-exerting myself and “being lazy” has helped me to progress faster – may seem counter-intuitive, I know, but accepting that I can take it easy occasionally has made me look forward to getting to practice Yoga, which means I now practice more consistently and frequently.

This is a great thing about yoga – the results in your asanas can be very visible over time, and you tend to get what you give. I used to hate headstands – they hurt my head and gave me migraines. I still don’t love them, but I appreciate that I can now get myself into a headstand and keep upright because over time I’ve learned how to press my forearms into the mat, slightly external rotate the shoulders, keep my core stable and slowly extend my legs towards the ceiling. It constantly gives you something to work towards and improve on, and has taught me to stay motivated and not to give up so quickly and feel frustrated if it feels like you’re plateauing.

What’s more difficult to put your finger on is the subtle mental and physical changes that come about as a result of practicing yoga consistently – it’s difficult to translate into words as more often than not it is a uniquely personal experience for each individual. That being said, the concept of “Aparigraha”, or “non-grasping”, has also encouraged me not to be so focused on the final product and result. Some days, a headstand feels unattainable – and that’s okay. On other days, it feels effortless. That’s the beauty of the human body and mind – we are never stagnant!

It’s important to remember that the pose is not a goal and comparison (with others and yourself) is not what Yoga is about – there are so many other elements to Yoga that shouldn’t be overlooked! Want to learn more about the 8 limbs? Check this out!

I wouldn’t say that I have a short fuse. But all of my friends and family probably would. When you’re practicing yoga, you breathe into a pose, even if it’s uncomfortable, and when you’re lying in Savasana you let your body consciously take in the effects of your session (learn some tips for how to truly surrender in Savasana here). I’ve learned to be a little less reactive and a little more still in my daily life, to take a breath, and take the time to think about how I want to react before throwing something against a wall. And if that doesn’t work, there’s always margaritas and a good catch up with friends.

Between stimulus and response, there is a space. In that space lies our freedom and power to choose our response. In our response lies our growth and freedom. – Viktor Frankl

These are just a few observations from my personal yoga journey. What have you learned from practicing yoga? Share your thoughts with me below! 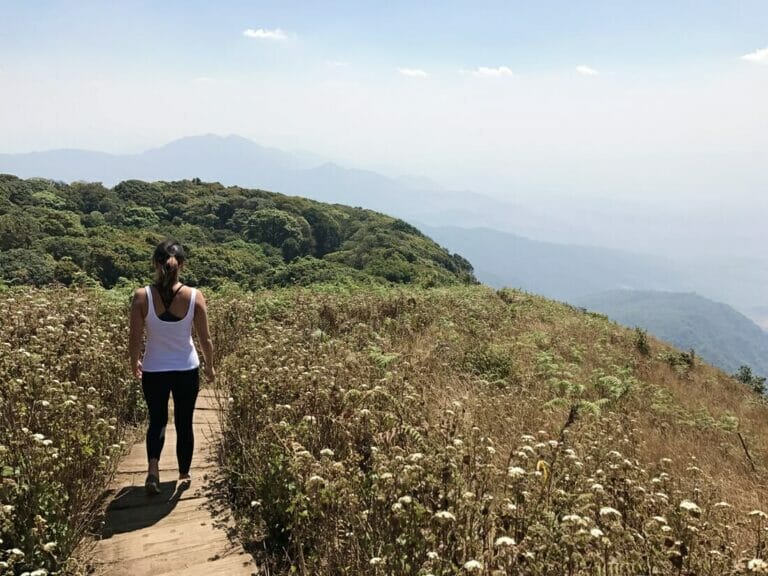 Check out these amazing sights and attractions in Chiang Mai without contributing to animal cruelty and abuse. Wondering what to do in Chiang Mai? Read on! Located in northern Thailand, Chiang Mai has become increasingly popular among tourists traveling to the Land of Smiles – you won’t regret adding it to your Thailand itinerary! It… 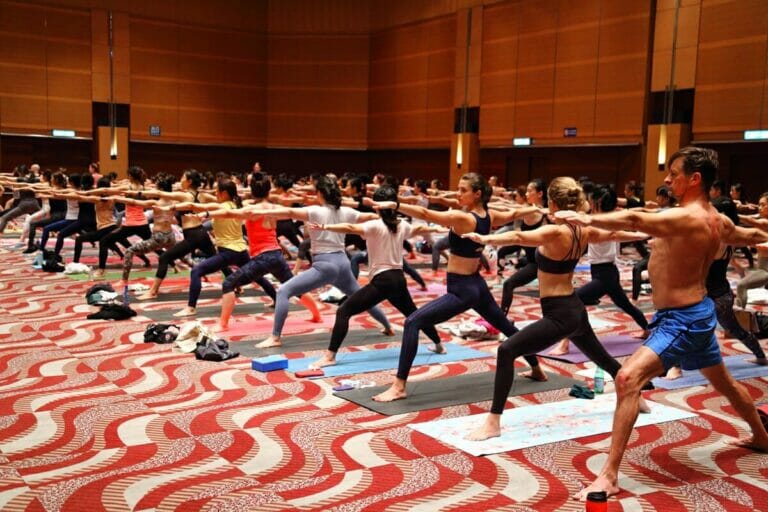 First of all, let me start by saying that I don’t believe in the idea that you need to buy more stuff in order to travel better or be a better “Yogi”. So while I love a good pair of Yoga leggings or a Manduka non-slip mat, how many Yoga pants do you really need in… 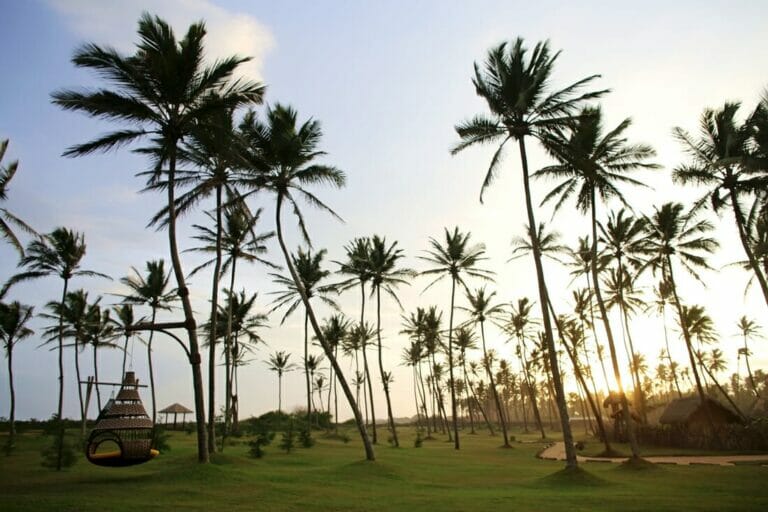 Sri Lanka’s luxury and boutique hotel scene is on the up-and-up, with major brands like Shangri-La opening up to cater to the burgeoning tourist arrivals to this little island in the Indian Ocean. Shangri-La’s Hambantota Resort & Spa opened last June and is the newest luxury venture to open its doors in southern Sri Lanka,… 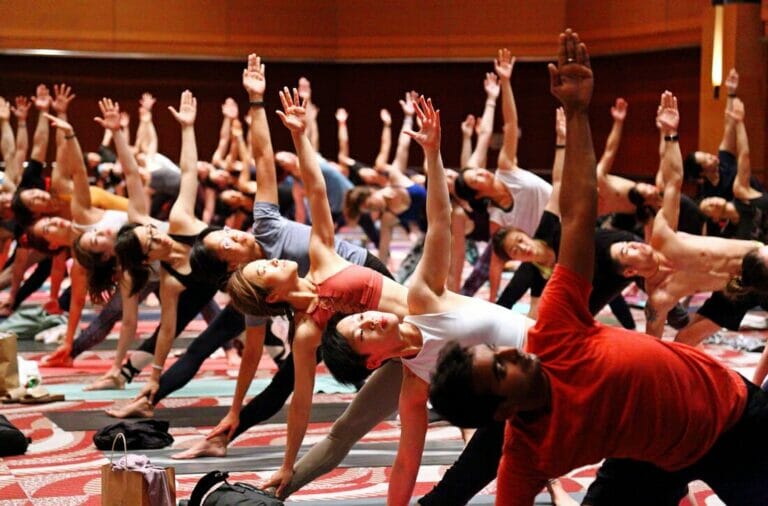 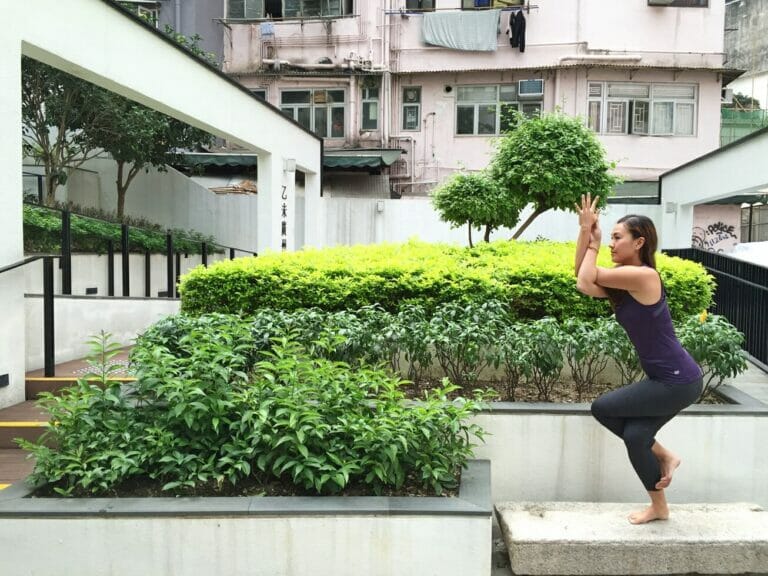 Tree, Eagle, Warrior Three, Extended Hand-to-Big-Toe, Lord of the Dance, Half Moon and Bird of Paradise pose are just a few of many standing balance poses that challenge our focus, stability and strength. This class of poses demands our undivided attention and awareness, but offers an array of amazing benefits including reducing anxiety, building strength… 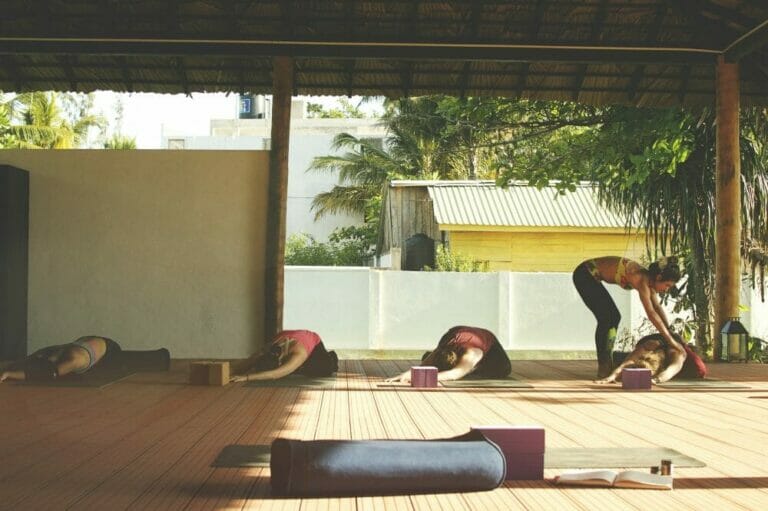 The body and mind are ever-changing and some days you just can’t even. Know the feeling? There are various reasons why we struggle some days more than others; a bad night’s sleep, a challenging day at work, or an injury, for example. Perhaps the body (and mind) are not prepared for the asanas being taught,…